A local Southwark school is celebrating its outstanding A level results, as the number of students achieving the top grades rose yet again.

In total, nearly one in six students at Walworth got at least three A*-B grades – the grades needed to get into the country’s top universities. 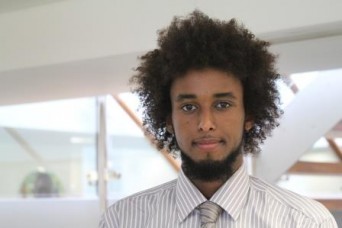 A member of the Ark network of high-performing schools, Walworth Academy has already sent students to top universities like Oxford, Imperial College and King’s College London.

Walworth student Abdisalam Daud, who got [results], is set to take up a place studying Medicine at Southampton University, a member of the Russell Group of top UK universities.

Originally from Somalia, Abdisalam says his desire to study medicine stemmed from his experiences receiving NHS treatment for appendicitis: “They told me that I had been in a less developed country, the chances would have been a lot lower. So I was really grateful to the NHS.

“They helped me get through it – not just physically but also socially. I had a nurse, and we used to do activities together and she used to get me back to better health.”

Abdi, who was a pupil at Ark Globe Primary Academy before coming to Walworth, says: “All my teachers are top of the range and the school feels like a family.” 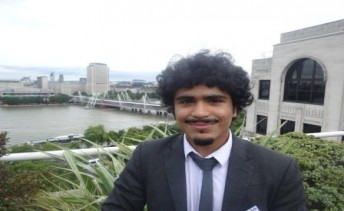 Another student who did particularly well is Rameen Hayat, who is going to Manchester to study History. Rameen, who this year ran a prayer and discussion group for Muslim students in the school, says: “Studying for A levels is hard work, but the teachers at Walworth put in every bit as much work as you to get the grades you want. The teachers are really willing to go the extra mile.”

As students at an Ark school, both Rameen and Abdi were eligible to apply for bursaries to help meet the cost of higher education. Rameen, who secured a Driver Youth Trust bursary from Ark, said: “Thanks to the bursary, I feel like if I can put 100% on my academia and I'll be able to get a First, which will be such a big step in my later career.”

Abdi was awarded a Marshall Wace bursary and says: “I was planning on getting a part-time job to fund my activities and buy books. So now that I’ve got a bursary, I think that eases the pressure of having to work while studying.”

Walworth Academy Principal Yvonne Powell said: “These results are a huge testament to the hard work and high expectations of all of our students and teachers. Our results have been improving year on year and we’re more determined than ever to enable our students to continue on to some of the best universities in the country.”

Walworth Academy students have been celebrating their GCSE successes.

Students who are celebrating at Walworth Academy include:

Nejat Fikret, received 1A, 7Bs and a C which  represent a huge personal success: “Only three members of my family have gone to university and only one of them did what he really wanted to do. I want to change that and I’ve learned at Walworth Academy that GCSEs are what will open my path into higher education and the career I want.”

“The school has given me everything I need.  They gave me opportunities.  They gave me clubs after school.  They gave me great teachers and great after-school clubs, like debating and creative writing, which have been fantastic for me.”

15-year-old Lilly Lu-zheng is aiming high after finishing her GCSEs at Walworth Academy. Lily achieved 2A*s, 2As and 5Bs and is hoping these results will help her achieve her overall goal of studying a maths-based subject at a top Russell Group university: “I really like working with numbers, because they’re so straightforward. Words have to be understood and interpreted in a bigger way, but numbers are just much clearer for me.

Lilly says that the teaching she received at Walworth has helped her achieve her goals: “The school has really high expectations of all its students, which was really helpful and made me push myself for the best grades.”

Steeve Senyo who achieved 4As and 4Bs, has set his sights high: “I’m planning to come back to Walworth to study for my A levels and I want to apply to study Medicine at Cambridge.

“I’ve known people from Walworth who’ve gone on to Oxford and Cambridge, so I know that it’s possible if you work hard for it.

The teachers here make a point of getting to know each student and their strengths and weaknesses so they can really get the best out of them.

“That’s why I’m coming back to Walworth for sixth form – I know that if I stay here I will be able to get the help that I need and that is going to be vital to help me achieve my goals.”